Centennial Celebration Events – Mark your calendars!
Note: Some events are sponsored by the League and others are events in which we are participating. Additional details will be posted closer to events. Contact MaryLee Moulton at marylee@lwvgo.org with questions.

August 16, 2019 – January 2, 2021
Votes for Women: Nebraska’s Suffrage Story Exhibit, History Nebraska, Lincoln.
The League participated in the opening of the exhibit and we encourage you to visit the exhibit in Lincoln. 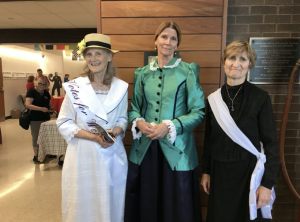 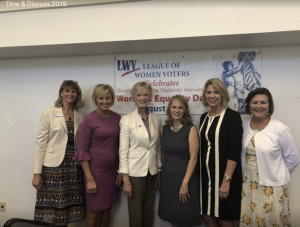 December 5, 2019
LWV Lincoln Lancaster Lunch and Learn on Susan B. Anthony
Speaker Linda Duckworth, Co-President of the League of Women Voters of Nebraska

February 12, 2020
LWVNE Lobbying Day and Luncheon Celebrating the 100th Anniversary of the League of Women Voters, Lincoln
For reservations go to https://lwvne.typepad.com

July 4, 2020
Seward “America’s Small Town 5th of July City “ 4th of July Parade & Exhibition
LWVNE, LWVGO, LWV Lincoln/Lancaster, LWV Hastings & LWV Seward will be marching to commemorate the Centennial of the 19th Amendment and the Founding of the League of Women Voters. The LWVNE historical banners will also be on display in the exhibition hall.
Join us and march!

July 11, 2020
Fremont Days Suffrage Tea, Freemont
Join the LWV a we participate in this celebration of the suffragists who made the 19th Amendment possible.

July 12, 2020
Fremont Days Parade, Freemont
Join the LWV as we march to Celebrate our 100th Anniversary.

August 5-7, 2020
Eighth Circuit Judicial Conference (Private Event)
Judicial Conference Celebrating the 19th Amendment. LWVNE will be joining Leagues from the states of AR, IA, MO, MN, ND & SD to put on an exhibit for the conference. League members may be able to attend as exhibit hosts.

September 25, 2020
League will be participating in the Omaha Girls High School Leadership Conference