Crisis Response Within the Community 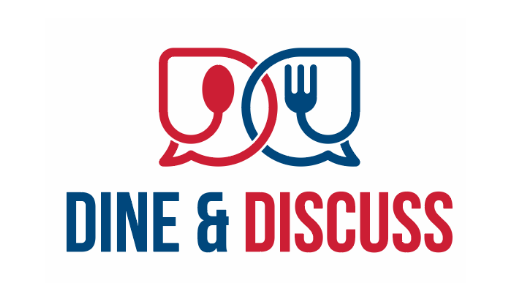 Brad Negrete is the Director of Urgent & Crisis Response Services, Lutheran Family Services Heartland CIT Executive committee, and is an adjunct professor at the University of Nebraska Omaha. This discussion will be based on learning more about what CIT is and how one can request a mental health professional when calling 911 in Douglas County and hopefully soon all of greater Nebraska. Mr. Negrete’s long term goal is to have the appropriate response available, whether law enforcement and mental health, or law enforcement solely. Join us for this conversation that also relates to the LWV’s policy on Health Care Reform.

Brad Negrete, Licensed Mental Health Practitioner (NE) and Licensed Professional Counselor (TX), has spent his career focused on the intersection of the criminal justice and psychology fields. Brad started his career in the criminal justice field, working at a maximum-security prison while attending college. After experiencing a personal tragedy, he expanded to pursue dual degrees and earned a BA in Psychology and a BS in Criminal Justice, both from the University of Nebraska-Omaha.
During this time, Brad worked in mental health facilities focused on adolescents and their families.

In 2006, Brad and his wife relocated to Dallas, TX. Brad worked for the Collin County MHMR dba LifePath Systems his entire 11+ years in Texas and earned a Master’s degree in Counseling from Dallas Baptist University during that time. Brad was part of the Assertive Community Team (ACT), and in 2012, he took on the creation of the new Jail Diversion Program in partnership with the Collin County criminal justice system.

In 2015, Brad was promoted to Director of Crisis Services, serving as the face for law enforcement and crisis-related services as LifePath Systems became Collin County’s Behavioral Health Authority. In this role, he was responsible for creating and leading programs such as the Crisis Intervention Team (CIT) Program, After Hours Crisis Clinic, Disaster Response Team, Mobile Crisis Team, the Crisis Center (an 8-bed Extended Observation Unit and 14-bed Crisis Respite Unit) and several other programs. Prior to Brad’s 2017 relocation back to Nebraska, he was honored to be named the Texas CIT Mental Health Professional of the Year.

Now back in Omaha, Brad is the Director of Urgent and Crisis Response Services for Lutheran Family Services. He serves on the Executive Committee for Heartland CIT, serves on the Advisory Board for The University of Nebraska Medical Center’s Psychiatrist Emergency Service (PES) program, is a member of
the Douglas County Stepping Up Initiative, a member of Metro Area Suicide Prevention Coalition, and advising member of the Design Team on Mental Health Services for Sarpy County, Nebraska’s new jail. Brad is honored to be an Adjunct Professor at his alma mater, the University of Nebraska-Omaha, teaching Mental Health in Criminal Justice.

Register for Dine & Discuss with Zoom.

Have a speaker suggestion? Email it to Office@lwvgo.org 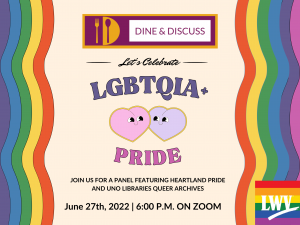 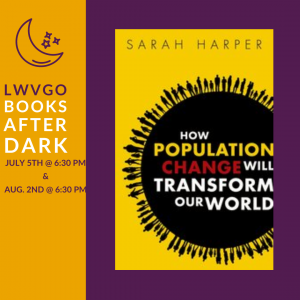 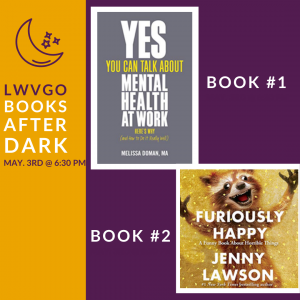 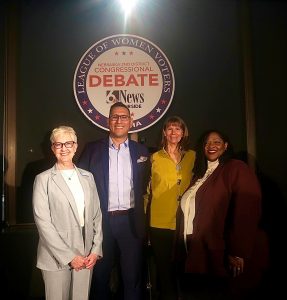