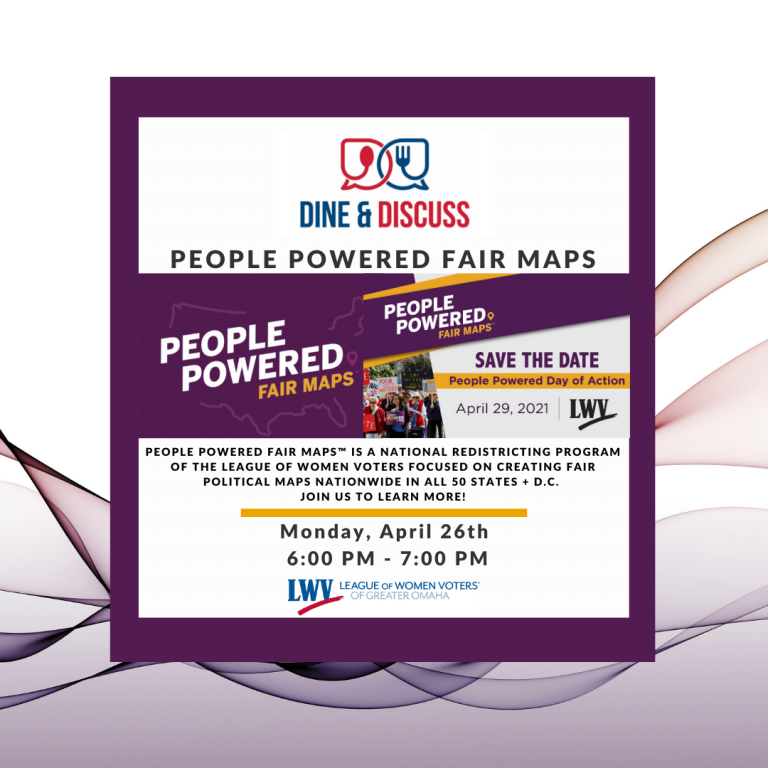 Register for this event

Join us in celebrating the national League’s People Powered Day of Action! “This year, states will undergo the redistricting process, using 2020 census data to craft new maps. We want to ensure that the public’s voice is heard as the maps are drawn.”

This Dine & Discuss we will be focusing on this “grassroots project with the intention of curtailing gerrymandering. The crux of it is inviting people to define for themselves what they consider to be the geography of their own communities (by both meeting together to mark a map as well as walking the perimeter) and then seeing how the district lines compare.”

There is an LWVUS national day of action on April 29th, but there will be movement on it from now until September and we highly encourage League members to not only attend this event, but also any of the variety events being hosted nationally, to view them click here!

People Powered Fair Maps™ is a national redistricting program of the League of Women Voters focused on creating fair political maps nationwide in all 50 states + D.C. In June of 2019 the U.S.  In June of 2019 the U.S. Supreme Court ruled in Rucho v. League of Women Voters of North Carolina that no fair test exists for courts to determine when partisan gerrymandering has gone too far. Learn more in preparation!