League of Women Voters – Defending Democracy and Protecting the Vote 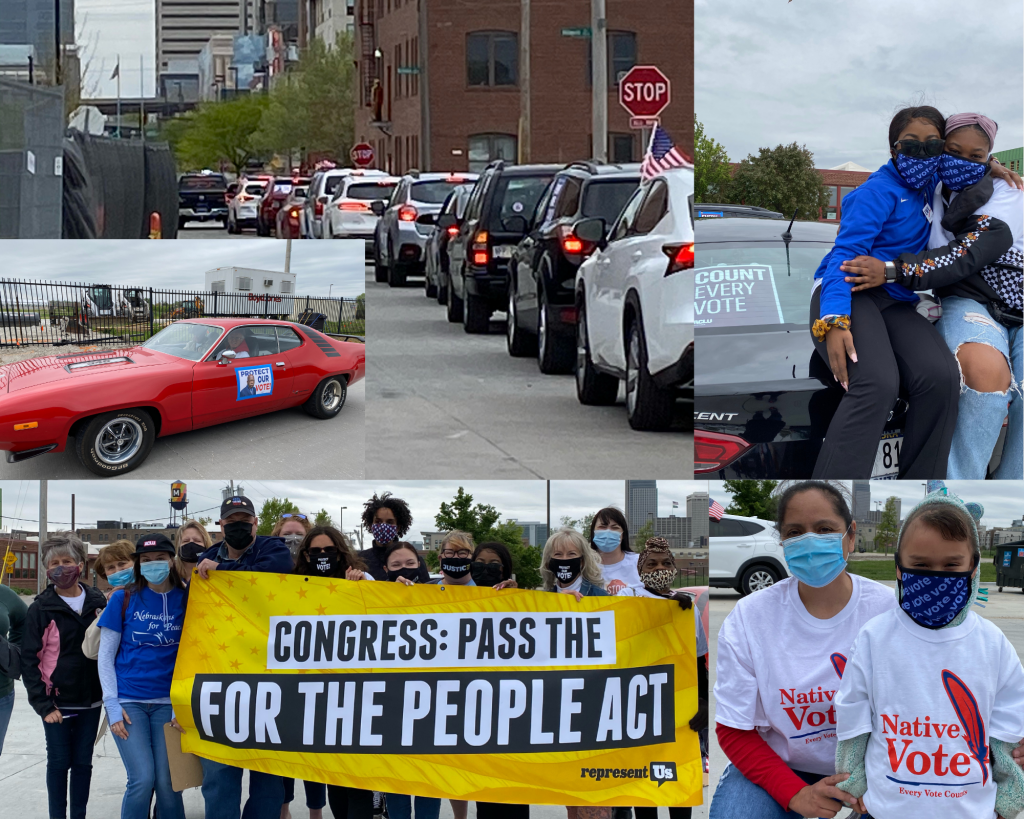 “The vote is the most powerful instrument ever devised by human beings for breaking down injustice and destroying the terrible walls which imprison people because they are different from others.”  Dr. Martin Luther King, Jr.

Our vote is our voice. The Nebraska Legislative session for 2021 has adjourned Sine Die, however there is much work to be done. During the session we saw the passage of LB451 Unlawful Employment Practices under the Nebraska Fair Employment Practices Act protecting natural hair in our state. Patterned after the CROWN Act, legislative bill 451, introduced by State Sen. Terrell McKinney, expands existing laws banning racial discrimination in employment.   The measure passed on a 40-4 vote. It would define race to include hair texture and protective hairstyles, such as braids, locs and twists. Although previously vetoed, the Governor signed the bill into law on May 5, 2021.

Work remains on LB636  Elimination of Cash Bonds, Bail Bonds, Appearance Bonds and Related Provisions,  which was introduced by Senator J. Cavanaugh on January 20, 2021, with Senator McKinney joining.  LB636 was referred to the Judiciary Committee on January 22, 2021.

In effect, the cash bail system has a disparate impact on those who are most vulnerable  by criminalizes poverty, as people who are unable to afford bail are detained while they await trial for weeks or even months. Cash bail perpetuates inequities in the justice system that are disproportionately felt by Black communities and other communities of color and those experiencing poverty. Spending even a single day in jail can result in  a domino effect of people losing their job, housing, and even custody of their children. Studies show that pretrial detention can actually increase a person’s likelihood of rearrest upon release, perpetuating an endless cycle of arrest and incarceration.  Further, the cash bail system often leads to detention of people who do not pose a threat to the general public, to public safety or to themselves.

The League of Women Voters of Nebraska and League of Women Voters, Greater Omaha support LB636 and also support a correctional system which provides for realistic and humane treatment of those accused of crimes and sentenced,  both juvenile and adult, as well as for the protection of the community.

Felony disenfranchisement laws prevent millions of Americans from voting due to their felony conviction. Among those excluded are persons in prison, those serving felony probation or parole, and, in 11 states, some or all persons who have completed their sentence. While these disenfranchisement laws have been closely documented for years by advocacy organizations, academics, and lawmakers, the de facto disenfranchisement of people legally eligible to vote in jails has received less attention.

The facts bear out that despite most persons detained in jails are eligible to vote, very few actually do. Lack of knowledge about voting laws, and bureaucratic obstacles to establishing a voting process within institutions contribute significantly to limited voter participation.

In recent years, some jurisdictions have adopted policies and practices to ensure voting access for persons incarcerated in local jails because of initiatives developed by jail leadership and advocacy organizations.

Some states have taken the necessary steps to protect the vote by improving  access to voting, some states require county election officials to develop procedures and plans to deliver ballots to voters in jails.  For example, in 2019 the Colorado Secretary of State implemented a rule mandating the state’s 64 sheriffs to coordinate with county clerks to facilitate voting in jails. Arizona officials enacted a similar rule in 2019.

In addition, we know from the research that most states inadequately fund their indigent defense programs for those who are given the responsibility of defending the public. Pretrial release often requires a money bond, which can be prohibitive to low-income individuals and increases the pressure on them to accept less favorable plea deals in order to prevent the snowball effects of further detention. Many parole and probation systems offer supervision with little support. Public drug treatment programs are also underfunded, thereby limiting treatment, and sentencing alternatives for low-income individuals.

Despite some progress in achieving racial justice in American society over the past half century, racial disparities in the criminal justice system have persisted and worsened under many circumstances. As shown in some jurisdictions, changes in public policy, substantial steps towards reform and political engagement can improve criminal justice outcomes by targeting four key causes of racial disparity: disparate racial impact of laws and policies, racial bias in the discretion of criminal justice professionals, resource allocation decisions that disadvantage low-income people, and policies that exacerbate socioeconomic inequalities. We must now expand the scale and increase the speed of these efforts.

The League of Women Voters will continue to support evidence-based best practices for reducing racial disparities. LWV will continue to monitor public policy and be at the forefront of increasing such efforts with our community partners by defending democracy and protecting the vote in this community and communities across the nation.