How Bills Become Laws in Nebraska 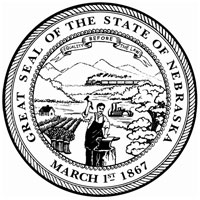 Ever wonder the steps required for an introduced bill to become a Nebraska law? We’ve got a quick explanation below. We hope to empower Nebraskans to be active observers and even participants in the process! Unicameral 101: How Bills Move through the Lawmaking Process An Idea Becomes Introduced Text Each Senator has 10 days from […]

The League of Women Voters of Greater Omaha held a moderated candidate forum for the candidates for Nebraska state senate/Unicameral in district 6. The candidates are Machaela Cavanaugh, Ricky Fulton and Theresa Thibodeau. Following the May 15 primary election, the top two vote-getters of these three candidates will continue to the general-election ballot in November. […]

About 20 League of Women Voters of Nebraska members gathered at the capital on Feb. 20 to discuss our priority bills with senators and to learn more about the legislative process. The morning opened with remarks from State Sen. Sue Crawford and then members spoke with senators’ staffs as debate continued on the floor. State […]

The Leagues of Women Voters of Nebraska and Greater Omaha support LB 1132, introduced by Sen. Patty Pansing Brooks. The bill would create a procedure to set aside convictions for victims of sex trafficking. Read testimony in support of LB 1132 from LWVNE president Sherry Miller and policy director John Else: Miller_Else Letter LB 1132 020918. […]