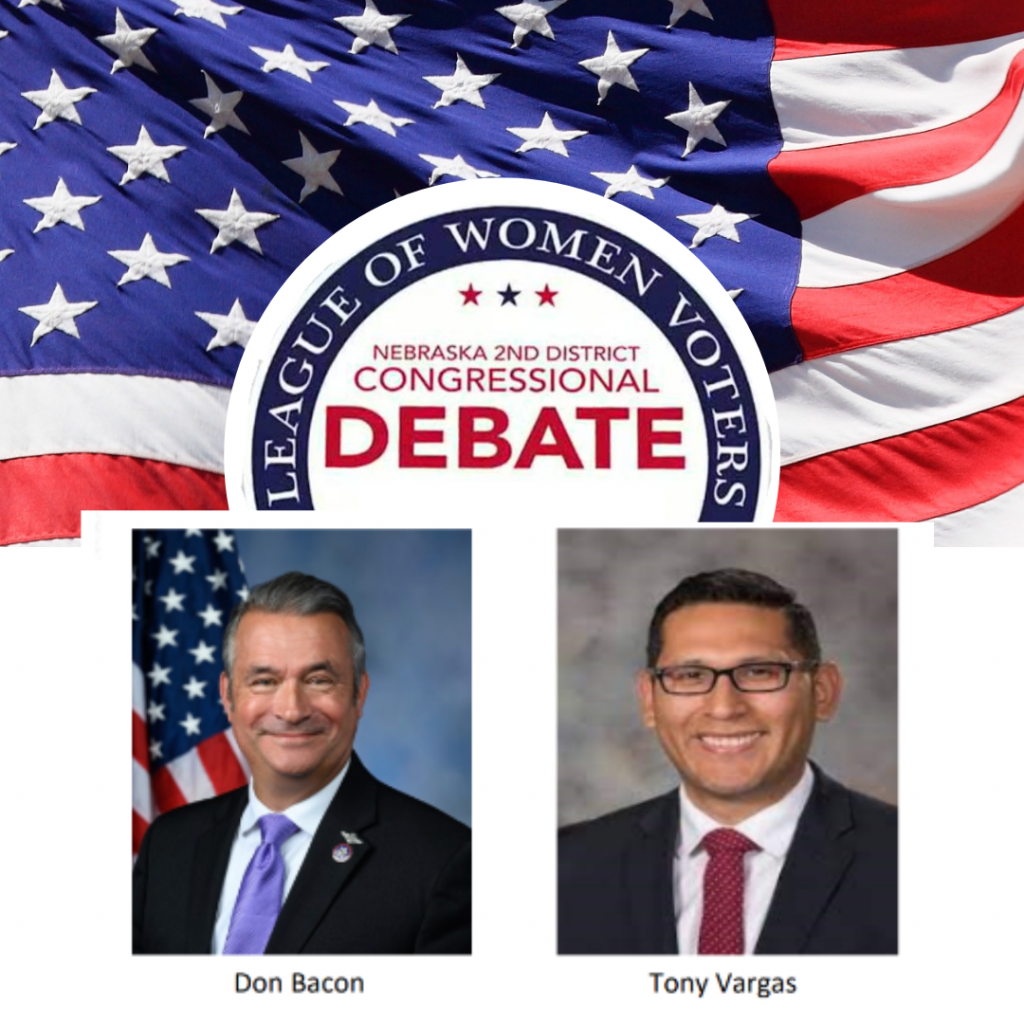 Click here to learn more about the debate!
The Nebraska 2nd District Congressional Debate will be taking place on
October 13th at 11:30 a.m. at the Omaha Press Club.

Nebraska Congressman, Don Bacon, and Nebraska State Senator, Tony Vargas, will debate the issues on October 13th at the Omaha Press Club to see who will represent Omaha’s 2nd Congressional District for the next two years. There will be a livestream tomorrow during the debate from 12-1pm online and on TV for Channel 6. It will also be shown on Channel 6 at 7pm the following day (Friday, the 14th).

The luncheon debate is sponsored by the Press Club and the League of Women Voters of Greater Omaha.